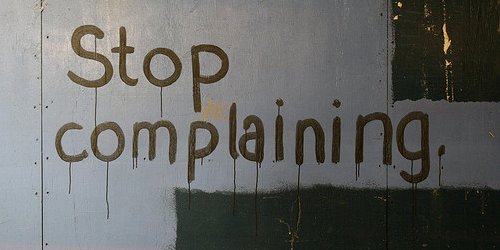 Insurance is a tough gig. You’re basically forced to have it, and we all know it isn’t cheap. On top of that, it’s not fun or exciting, and it certainly doesn’t improve your social status.

And while insurance professionals can provide a laundry list of reasons why insurance is necessary, the general consensus is that it’s a huge waste of money (until you actually need it).

There are plenty of formal complaints filed each year against insurers from their clients that believe they got a raw deal after paying insurance premiums month after month.

This post reveals the top five reasons people file formal complaints and the top five complaints by type of coverage. These two factors will give you a snapshot of the top 10 complaints filed out there in the marketplace.

The data is from a few years back, but it’s important to note that the numbers take a while to “come in,” and the rankings do not change much from year to year.

According to data from the National Association of Insurance Commissioners, a total of 195,669 consumer complaints were confirmed in the 2008 calendar year. Keep in mind that the NAIC does not collect all complaint data from all states.

Insurance is not nationally regulated, rather regulated by each state, so there are no official national numbers out there for us to provide you.

The numbers above reveal the most common reasons why a complaint is filed regardless of the type of insurance we’re dealing with.

While these numbers paint a pretty clear picture of the distaste consumers have for their insurance companies, we should also consider the rank of which lines of insurance cause the most headaches, so here goes…

What to Consider About These Numbers

Also, it’s important to note that the average American does not read and fully understand their insurance coverage and probably expects money to come quickly (and without dispute) after a loss.

Much of the disappointment related to item number one on the list is related to the U.S. justice system, which moves slowly.

Often, insurance claims that aren’t cut-and-dry wind up in arbitration or court, and no settlements are paid until the fat lady sings. This rarely occurs at the speed someone expects when they have suffered an insured loss.

Many claim denial complaints (number 2 on the list) would be pretty clear-cut if everyone read and understood their policies. Many people mistakenly believe that their premium dollars are exchanged for a guarantee that they will never have an uninsured loss.

Item number 3 on the list is also a hot complaint topic due to a general public misconception of how insurance works.

The concept of insurance is to get us back to EXACTLY where we were prior to our loss. Much of the public believes that an insurance claim is similar to a winning lottery ticket and expects a windfall for their loss. This is simply not the case.

Remember, insurers bank on the fact that you most likely won’t switch companies. Retention rates are high in the insurance world, and even though every commercial out there talks about switching, most people leave their policies untouched.

If you don’t like who you’re with, shop around – there are plenty of companies out there willing to take your premium dollar, and there’s a decent chance they’ll do so for cheaper than your existing carrier!

Read more: How to negotiate with insurance companies.