41 Million Licensed U.S. Drivers May Be Unfit to Drive 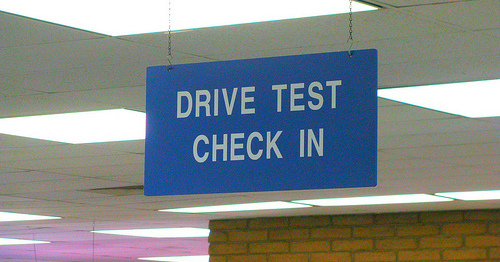 A whopping 41 million licensed American drivers may be “unfit” for the road, according to the 2009 GMAC Insurance National Drivers Test released this week.

The survey found that 20.1 percent of licensed Americans would not pass a written drivers test if taken today, declining results from a year earlier.

Drivers in Idaho and Wisconsin performed best in the nation, while New York drivers were the worst; California wasn’t far from bottom either.

“We’ve seen the results ebb and flow, and this year, scores are down. This reiterates the fact that each and every one of us need to continually be brushing up on safe driving practices,” said Wade Bontrager, senior vice president, Affinity Division, GMAC Insurance, in a press release.

Respondents continued to have difficulty on questions relating to yellow lights and safe following distances, while nearly all drivers knew what a solid line meant.

If drivers simply kept a safer following distance, many car accidents could be avoided.

The survey also found that the older the driver, the higher the test score, with those 35 years and older performing best, while young adults performed the poorest.

That partially explains why insurance premiums are higher for young adults versus seasoned drivers.

With regard to gender, men were slightly more likely than women to pass the test, though the gap has narrowed.

However, men are generally still charged more for auto insurance than women, regardless of whether they know the rules or not, because they tend to get into more accidents.